A graduate student from the University of Missouri is among 78 students from across the country who has been selected to study at a national science and engineering research lab.

“We need a way to repurpose the waste so that we're not just building up massive landfills of radioactive waste,” Gremillion said. “We need to understand, at a very basic fundamental level, how these elements react in different situations so we can separate them from each other and be able to clean things up.”

Gremillion, a graduate research assistant from Waco, Texas, was chosen among awardees from 55 universities across the country to conduct research at one of 14 national laboratories as a part of the Department of Energy’s Office of Science Graduate Student Research Program. Gremillion will be working at Argonne National Laboratory in Lemont, Illinois.

“It’s a great honor to be able to work for a national lab during my graduate studies,” he said. “Because the career field is so small, it's really hard to get specialized training. Therefore, I’m extremely thankful to be working with Richard Wilson, a chemist at Argonne, who specializes in radiochemistry and synthetic inorganic chemistry. I'll benefit a lot from his expertise.” 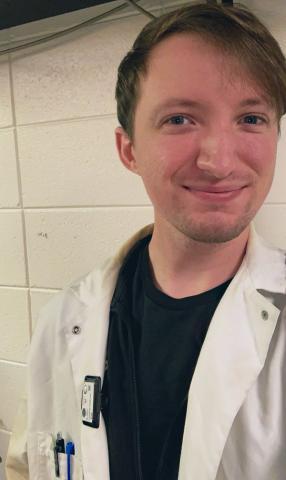