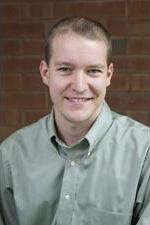 Research in the Bernskoetter lab focuses on the use of inorganic and organometallic complexes to address challenges relevant to our planet's growing energy concerns. Our initiatives employ techniques from synthetic organic and inorganic chemistry to study highly reactive molecules capable of mediating difficult chemical transformations.

Prof. Bernskoetter received the B.Sc. in Chemisty from Benedictine College, Atchison, KS in 2002 and the Ph.D. in Chemistry from Cornell University in 2006.

Prof. Bernskoetter began his postgraduate research work as a Postdoctoral Research Fellow at the University of North Carolina-Chapel Hill where he worked with Prof. Maurice Brookhart where he studied carbon-hydrogen bond activation.  In 2009 he began his academic career at Brown University where he became the Manning Assistant Professor of Chemistry in 2012.  In 2015, he returned to his home state and the University of Missouri.

(1) Carbon Dioxide Functionalization for Fuels. As world-wide petrochemical reserves increase in scarcity, chemists must endeavor to find renewable and economical alternatives to fossil fuel carbon sources. Many potential clean energy sources, such as hydrogen, have significant problems with storage and transport.  Our laboratory seeks new catalysts to fix hydrogen and carbon dioxide into safe and convenient liquid fuels.  In route to this goal, we hope to build our fundumental understanding of the feature that control transition metal reactions.