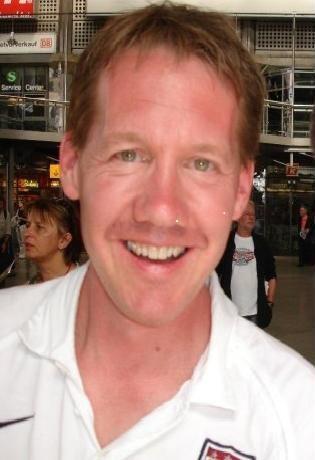 The thread running through all of my research projects is the combination of molecular species with extended solids to create new, fundamentally interesting, and technologically useful materials. Historically, high temperature ceramic processing methods have been employed in the synthesis of solid-state materials. Under such extreme conditions it is often difficult (or impossible) to isolate anything but the thermodynamically favored product. By using "pre-formed" molecular species in concert with lower reaction temperatures, more rationally designed materials can be prepared, often with desired physical properties.

Rational design of extended solids often cannot be realized under traditional, "heat-and-beat" solid-solid reaction conditions. By connecting soluble, transition-metal building blocks with ligands having specific geometry, we are preparing extended solid-state metal-organic framework structures that are topologically similar to silicate minerals such as quartz and/or zeolites. Our strategy is akin to "tinker toy" chemistry on a molecular level. Chemists have developed a very accurate understanding of the molecular structure, just as one can see how many sticks are attached to one wooden tinker-toy spool and in which directions they point, and synthetic chemists are wonderfully adept and clever at making incredibly complex molecules. But given ten billion spools and sticks (or molecules), predicting the spatial arrangement is not trivial, and preliminary results suggest that non-covalent interactions (hydrogen bonding, anion-framework interactions p-p stacking) can often be responsible for determining the final structure, and hence their physical properites.

In addition, we are targeting the construction of scaffold-like materials that will contain cavities capable of absorbing specific guest molecules or ions (like a molecular sponge) that may find important uses in environmental remediation or remote chemical sensing, as the tunnel structure shown in Figure 1. Here Cu(I) cations (red) are linked into a three-dimensional acentric array via coordination to four bridging pyrimidine ligands.

In another project we are investigating the behavior of small, magnetic oxide particles. The magnetic properties of such materials are very different than their bulk counterparts, and the differences influence greatly the performance of magneto-optical recording devices. Specifically, we seek to control the size distribution and orientation of the particles by synthesizing them within inorganic matrices. Two-dimensional layered hosts might be expected to produce pancake-like particles, whose spacing can be controlled by controlling the reaction conditions. In addition, we hope to prepare ultra-small magnetic oxide particles within the cages of zeolites similar to the semiconductor clusters of Ozin and co-workers. Instead of electronic coupling between cages, we hope to induce magnetic coupling, and with it, create new types of magnetic three dimensional "supralattices" (see figure). The neutron diffraction capabilities at the Missouri University Research Reactor (MURR) will be invaluable in the determination of the structure and magnetic ordering in these systems.